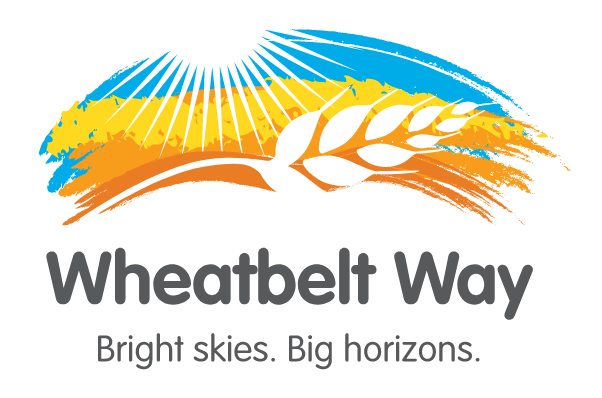 In October 1836 the Surveyor-General, John Septimus Roe, led an expedition to the east of the Avon Valley, in a search for pastoral land. One of his camps was located a few miles north of the present town of Koorda. Water was found only in the rock and gnamma holes and the soaks at granite hills. Roe contacted a few natives and gave a few aboriginal names. Hardy settlers of the Avon Valley started sending flocks and herds out to make use of grasses and water found beside the lakes and the granite outcrops, and a nomadic pastoral industry developed. Seekers of sandalwood made more tracks, and by the 1860s a few pastoral homesteads were set up at favored places.

“….the pioneers in the early years of this century established the foundations of what was to become a flourishing wheat and sheep producing region” 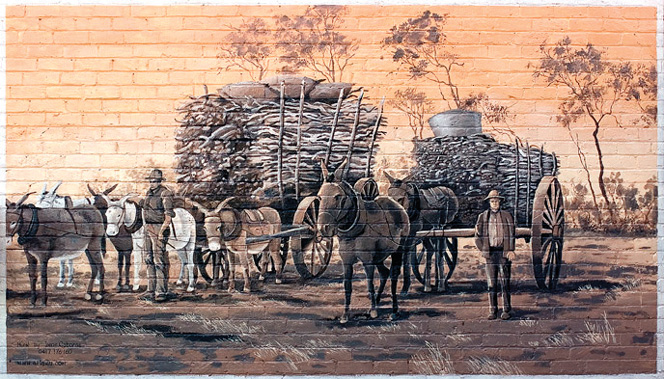 Apart from the extension of pastoral holdings into the district in the 1880s, no further development occurred until the premiership of Sir John Forrest in the 1890s, when several Acts of Parliament were passed that were designed to facilitate the populating of vast regions of the inland plateau with “bold peasantry”. Generally, a settler would be granted a free homestead block of 160 acres plus a conditional purchase block to make a total of 1,000 acres (445.5 hectares). The majority of early residents took up land on this basis, which required them to reside on their properties, install fences, and make other improvements.

The regions pioneers were thus part of the sweeping development of wheat farming across agriculturally marginal areas of the State. The early isolation and lack of skills, capital, and equipment encouraged people to turn to neighbors for assistance, a characteristic which has led to a strong sense of community across the Wheatbelt Way. Clearing and ploughing, often facing an uphill battle against climate and discomfort, the pioneers in the early years of this century established the foundations of what was to become a flourishing wheat and sheep producing region.

About the North East Wheatbelt

The Wheatbelt Way consists of the Shires of Dowerin, Wyalkatchem, Koorda, Mt Marshall, Mukinbudin, Westonia, Nungarin, and Trayning. Altogether, it has an area of 2,602,524 hectares and a population of around 4,500 people. The Wheatbelt encompasses a range of environments and communities and as a result, has a range of industries operating in the region.

The area has a seasonal Mediterranean climate with cool wet winters and hot dry summers. The average annual rainfall varies between 280mm and 360mm with approximately two-thirds falling between May to September. The average monthly maximum temperature ranges from 16oC in winter to 36oC in summer.

The region is highly suited to dryland agriculture and is the source of nearly two-thirds of Western Australian wheat production, half of its wool production, and a majority of the states lamb and mutton production. In contrast, the eastern fringe of the Wheatbelt Way is more arid, and the mining of minerals – mainly gold also takes place here. 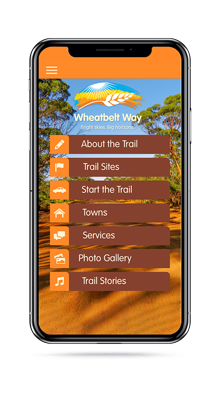 Stay informed while you drive the Wheatbelt Way trail